I had to get one.  Sometimes called a Segway, the box says self-balancing wheel or or the public calls them a hoverboard!  Hoverboard seems to be the term that is catching on.  I did a bit a research online and mostly on YouTube.  I guess these things have recently become the rage.  Mostly for catching on fire, but that is just media hype.

I have seen prices from $228 from Wish.com to $1700 for IO Hawk brand.  They are all mostly made in China and the cheapest ones are shipped directly from China distributors.  There was an original inventor, Shane Chen had them made in China and soon after, companies started out creating knock offs brands.

I originally ordered mine from Wish.com.  I saw it taking 3-4 weeks, so I order from http://www.smartselfbalancewheel.com/ and recieved it within 4 days and this model even had a bluetooth speaker built into it.  I paid about $100 more, but it is shipped from stock from the States.

It has been over a year since the city of Austin legalized Uber and Lyft in Austin.  The new council has taken up the issue and is looking to make the original ordinance permanent with a number of additional regulations.  One of the additional regulations would require all drivers to submit to a fingerprint background check.  Lyft does not operate in any city with a mandatory fingerprint check.  Uber only operates in Houston with the check, but only reluctantly.  KEYE interviewed me on my thoughts.  They actually spread out my comments over a few news cycles.

We took a trip to Los Angeles for Yesenia's Birthday.  We visited Universal Studio, downtown Los Angeles and Hollywood.  On the Hollywood tour we went to Beverly Hills and saw Kim Kardashian's driveway. 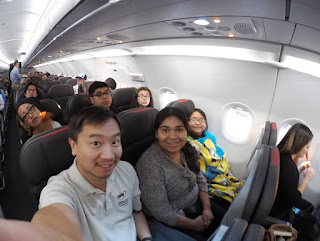 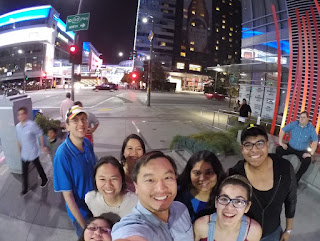 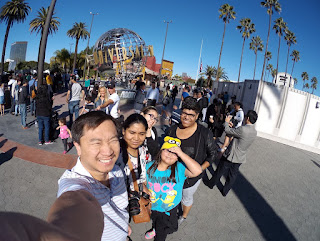 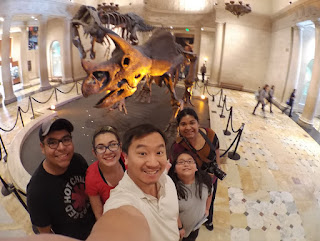 Posted by Anthony at 3:09 PM No comments:

Saw the F1 race this year and this time we stuck around for the concert with Elton John!  I have to admit I enjoyed the concert more than the race!  I got one video of the race and several videos of the concert!

Posted by Anthony at 8:01 PM No comments:

The city of Austin is back debating new regulations for TNCs, Transportation Network Companies, like Uber and Lyft.  The city is proposing additional regulations like fingerprint background checks, fees and additional inspection requirements.  I spoke at the meeting.  Here is the clip.

Posted by Anthony at 3:00 PM No comments:

Uber driver in Austin, in the news.  Austin had one incident of an Uber driver taking an 18 year old girl back to his house.  KEYE wanted a driver's opinion and I was asked to interview about Uber's background process.

We started planning our wedding.  The date will be March 5th 2016.  Our website is https://anthonyandmartha.squarespace.com/  It has been 7 years!

During the drive down we made a stop at Travertine Hot Springs in Bridgeport.
At Yosemite we stayed in the valley at the Lodge at the Falls.  There are no real hotels, only hotels ran by government via private contractor.  You need to book a year in advance, but I checked 2 weeks out and was able to get a cancelled room for an extra $100/night.  We had a great view of Yosemite Falls.  The rooms don't have air conditioning and are small, but cozy. 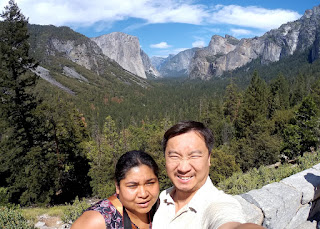 We also went to Mariposa Grove to see the largest trees that we have ever seen.

Posted by Anthony at 2:16 PM No comments: 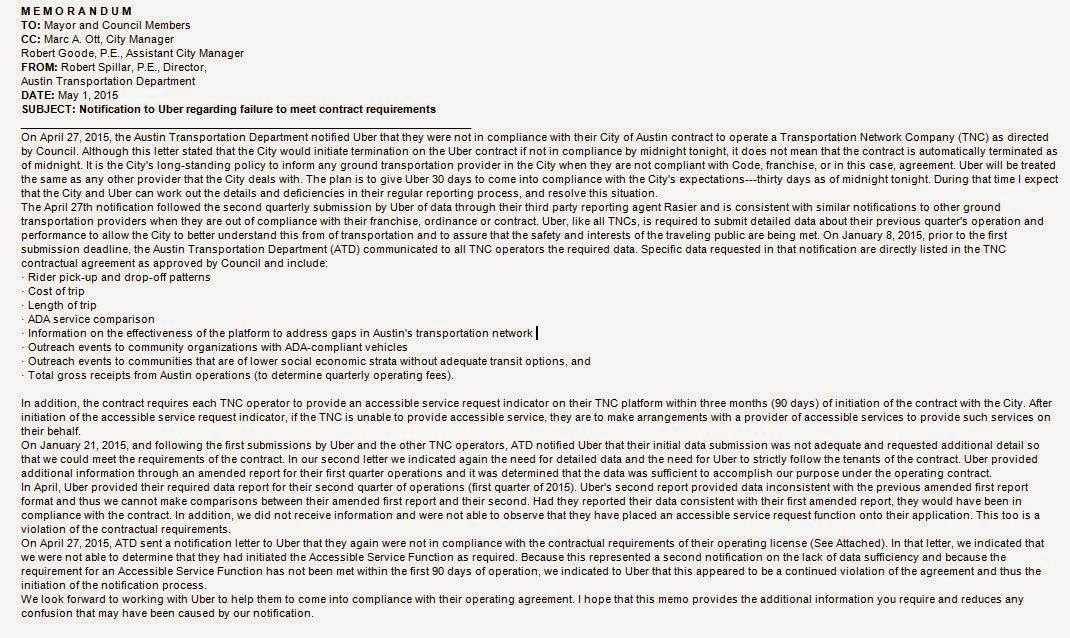 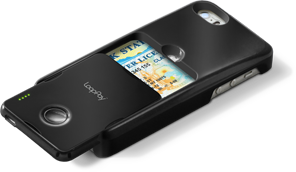 Started using a new gadget called LoopPay.  It allows you to pay wirelessly from your phone or with a removable 'card'.  I actually started paying with my Android Phone a couple years ago with Google Wallet and an NFC chip inside my Google phone.  It worked in many places, but the vendor needed to have an NFC reader.  Most just fast food restaurants had these readers.  It was neat, but never really gain much mass adoption.

I switched back to an iPhone, two years ago for work and that ended my experience with 'paying by phone.'  Apple did not have an NFC chip in the iPhone 5 series, so there was no way to pay by phone.  Starting with the iPhone 6, Apple has finally included an NFC chip and introduced ApplePay, but is only supported by 2% of vendors currently.  It is probably another year, before I can upgrade to the iPhone 6, so I went searching for other alternatives. 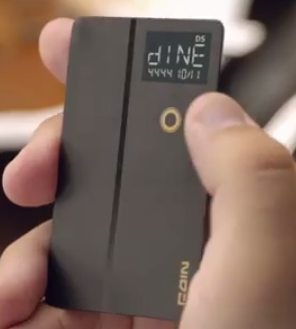 I discovered LoopPay as i was researching the simulated credit card players like Coin and Stratos.  These guys are coming out with a  credit card that you can link many card numbers into.  You can change the credit card account and hand the card over to be swiped at any traditional credit card reader.   I gave $50 to Coin over a year ago and still waiting for them to send me my card.  Coin was an early kick starter campaign and they have had production delays.  It was suppose to be out Spring of 2014 and now it is Fall of 2015.  It sounds like it only works in 85% of the readers and they are trying to perfect that.  In the mean, another competitor is beating Coin to the market. Stratos has come out with their programming credit card and say they will start shipping at the end of April 2015.  Eventually, magnetic strip cards will be replaced with smart chips, so I'm not sure how much longer this technology will be useful.  In almost every other country besides the USA, they are using smart chips instead of magnetic strip.  It is only a matter of time.

These cards do sound pretty cool, but I think they will not gain mass adoption either.   They cost about $100 for the card and contain a non rechargeable battery.  Once the battery power is consumed, then you need to buy another card.  Estimates say that they should last 2 years.

The LoopPay technology is different than the NFC or credit card  approach.  LoopPay essentially creates the same magnetic field that swiping a card does and sends the information within a 3 inch radius to any credit card reader.  I even got it to work on my square reader.  No need to swipe anything, just get it close to the credit card reader.  No NFC chip is required.  No ApplePay account is required.   Virtually, all credit card machines will work so long as they don't need to detect a real swipe, like at ATMs and gas stations.  They say it works at 95% of readers, while ApplePay only works on 2%.  My testing does show that it works in most places and people are very surprised how it works.

I originally got the Card Case for $60.  It fits only my iPhone 5 and the transmitter slides on and off.  They used to make a ChargeCase that would also charge an iPhone 5.  They have since discontinued that, but I like the idea of having extra power to charge my iPhone.  I found the ChargeCase on Ebay for $15 and won it at auction.  I was the only bidder.  This package also includes a fob that is used to scan in new cards and also is a stand alone transmitter.  So you are really getting to devices in one. 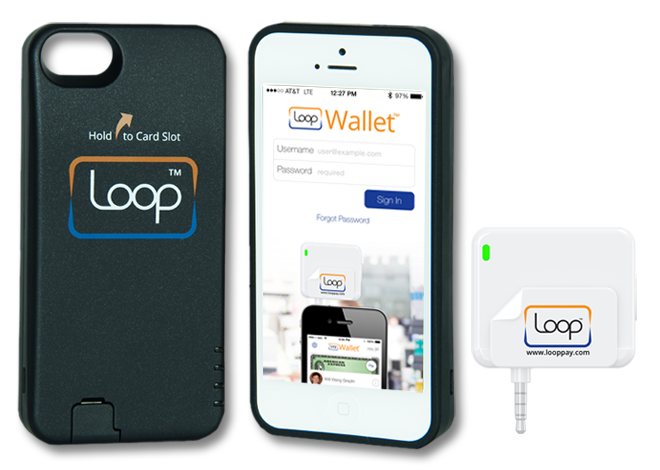 The older ChargeCase also included a key chain fob.  I forgot my wallet and phone today, but had the fob and was able to pay McDonalds for my breakfast without issues.  The cashier was like, what was that? 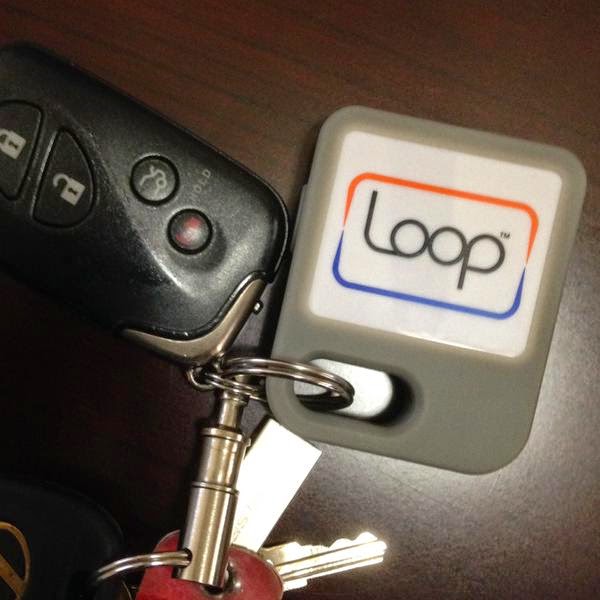 Posted by Anthony at 9:55 PM No comments:

Lyft Legal At Airport, Uber is not

I got hit up by 2 local news stations today for interviews.  KVUE first called me to ask to comment on Uber not being legal at the Austin airport.  A friend of mine was asked to be interviewed by KEYE, but he had to work and referred my name.  So I ended up meeting both of them at the Austin Airport.  Below is the news story.


Update: On April 9th KEYE used some of my previous video clips to edit a story about the State debating making TNCs legal statewide.  I dont say anything in this clip, but my face is shown a view times..  Link ->  http://www.keyetv.com/news/features/featured/stories/bill-sets-up-transportation-network-company-battle-at-capitol-11556.shtml
Posted by Anthony at 2:23 PM No comments: 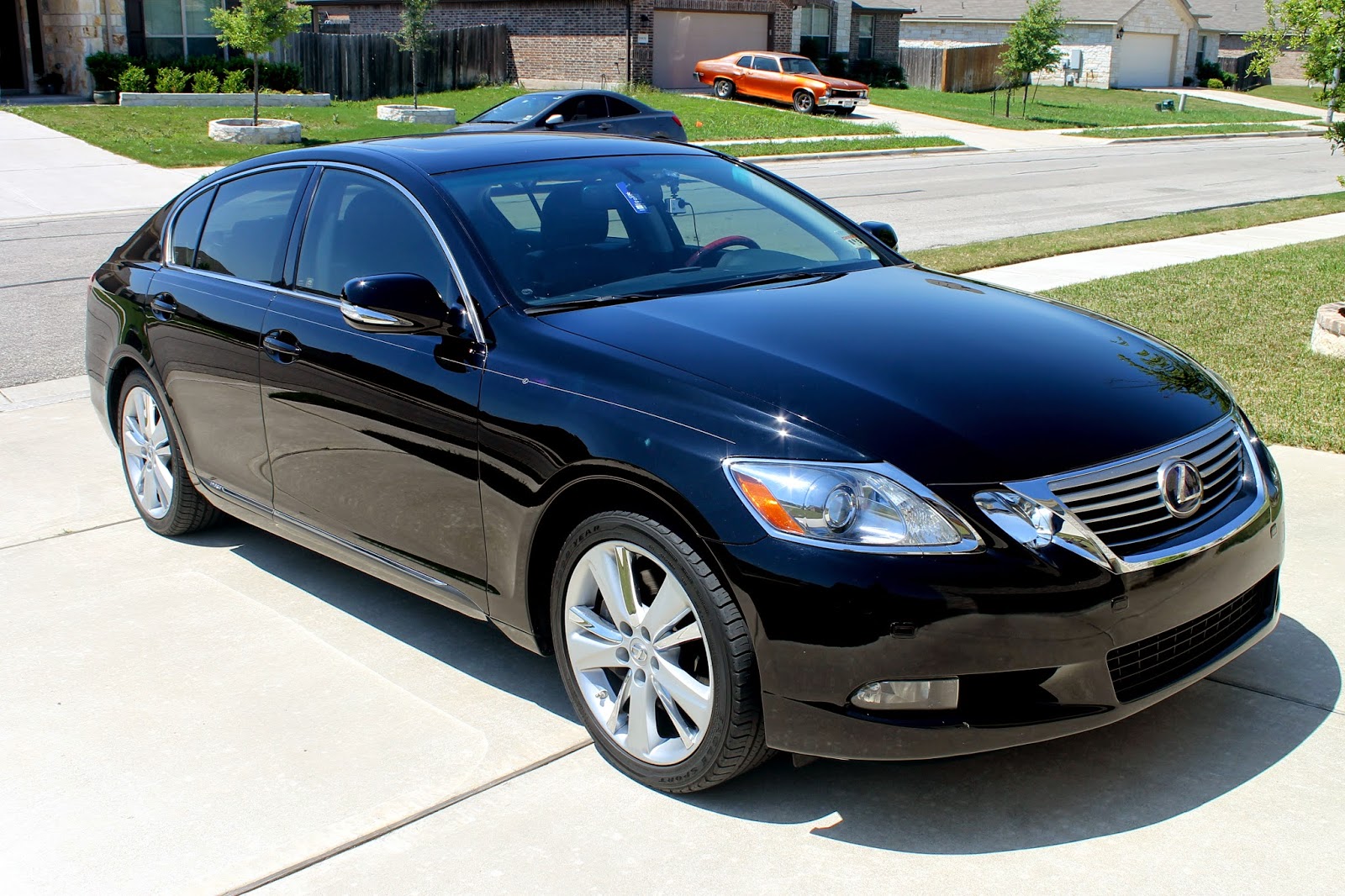 It was time to replace my LS 400.  I got a little money from my totalled car and started looking for a new Lexus.  I have had great success with my RX 400h and wanted to get another Hybrid.  Usually it does not pay to buy a new Hybrid.  The added cost really is not a good return on investment, but buying one a few years old is a smart choice.  The increase mileage is not super high, but it is significant and everything little bit helps.

I decided on the GS 450h.  It is the Lexus' sport's sedan model   One notch lower than the LS line.  The GS a bit more sporty than the LS, but also has a little less room than the LS model.  It is rated to get 22-25MPG and I have been able to get 26-27 MPG by inflating the tires on the high side and driving efficiently as possible. Posted by Anthony at 9:56 PM No comments: 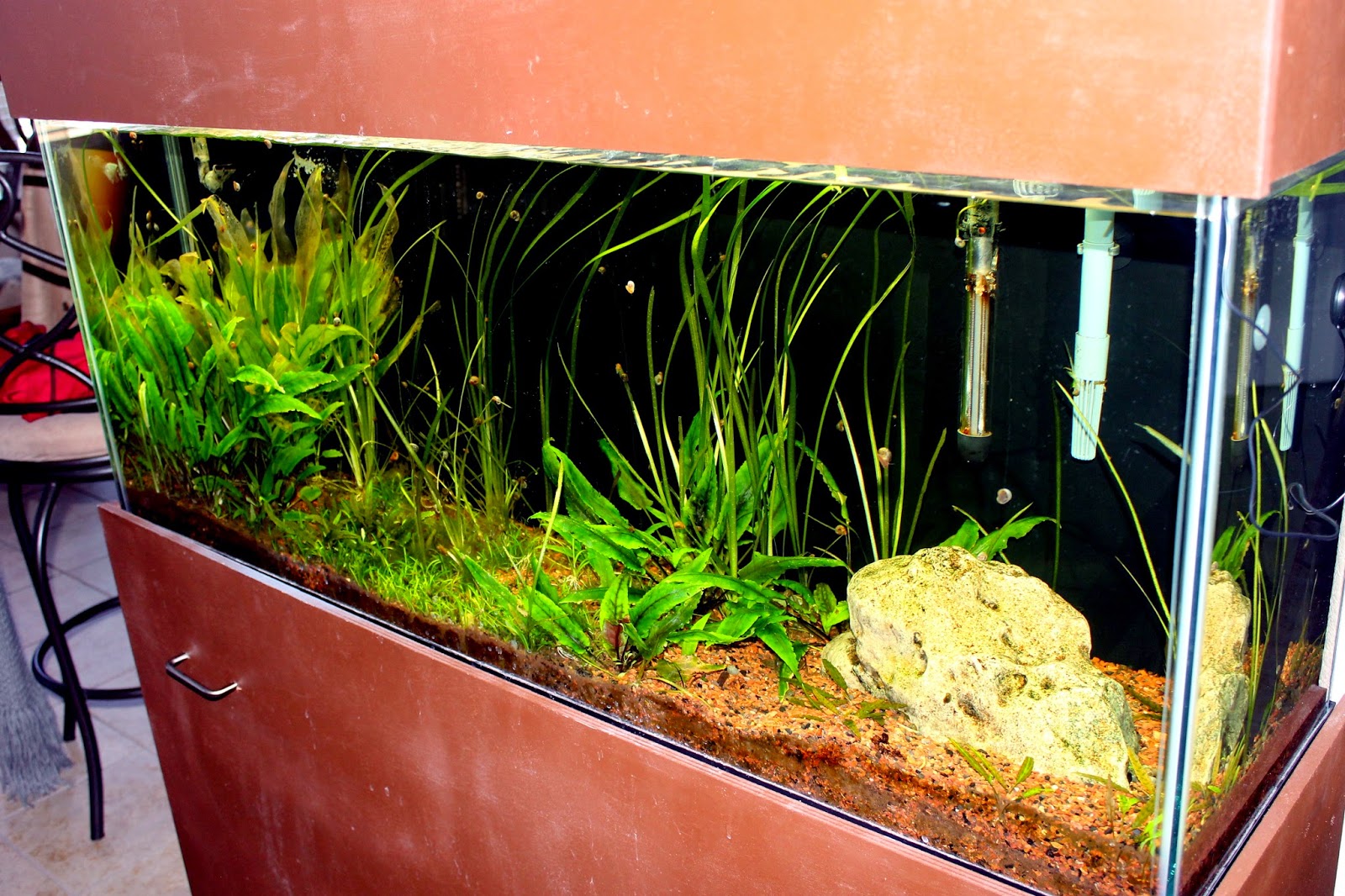 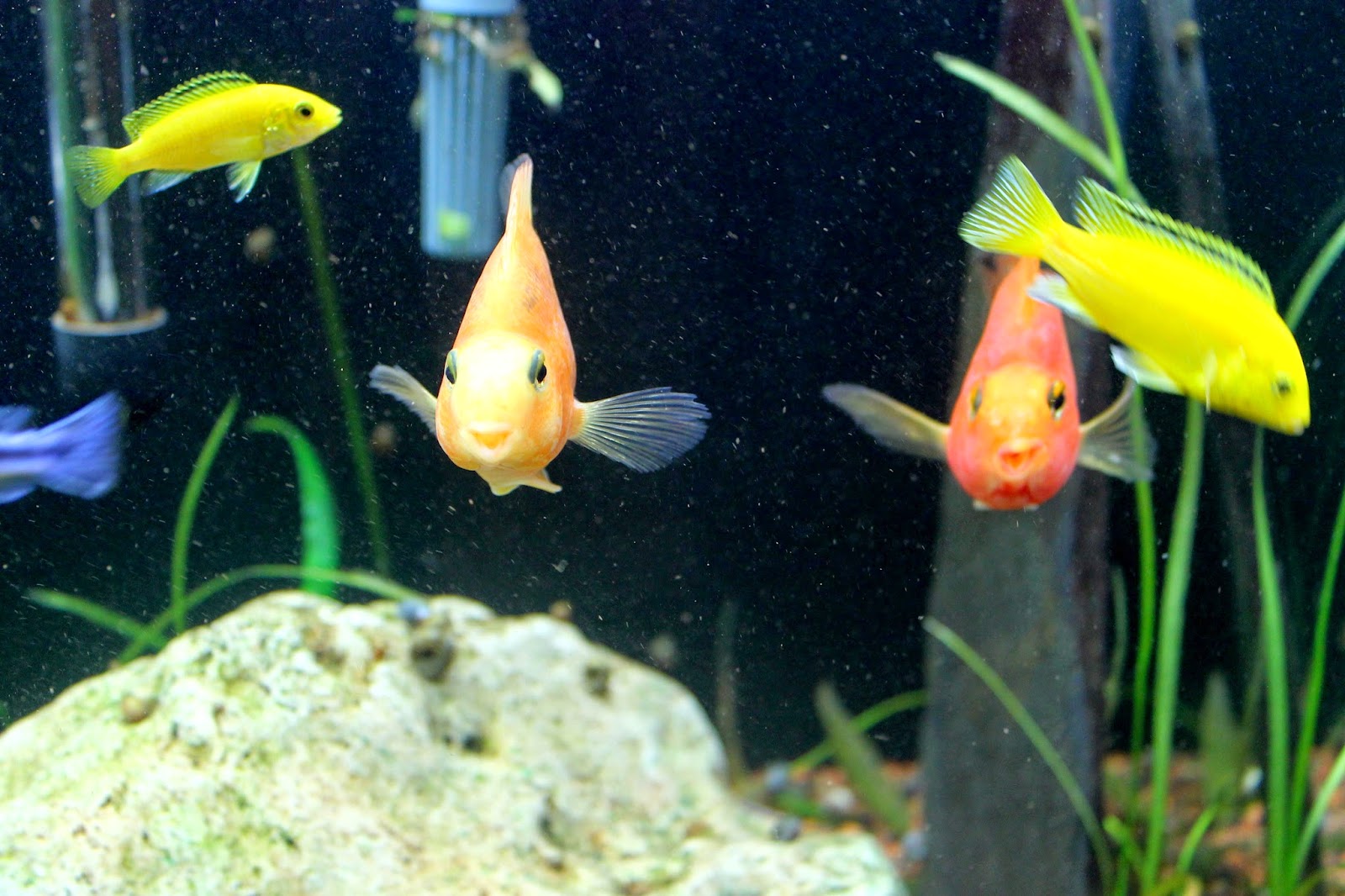