I was asked to come on another local public TV show.  Right Talk with Mike Lee.  It comes on immediately after The Trailer Park Show.

Posted by Anthony at 8:00 PM No comments:

I was invited to speak on a local public TV show called The Trailer Park show.  It is a local show that talks about local Political issues.  It has mostly Conservative guests.  They have invited Liberal, but they don't seem to stay on much.

Posted by Anthony at 7:00 AM No comments:

Every wonder where someone lives?  Every wonder what your neighbor's home value is?  Every wonder someone's criminal history or Political voting history is?  The Internet has many database sources and today it is easier than ever to find out just about anything about anyone.

As the Internet has matured and government has become more technological, many items are readily avalaible on government websites.  Things like home values and checking voter registration is easily found by simple name search.  Some information requires a formal records requests before they are handed out.  Other data items like voting history require searching thru huge Excel files to extract the data.  Criminal history searches usually requires a birthdate, so you may need to first get that from the voter history file.   Sometimes it's not an easy search, with so many common names. I'm sure there will be a time where everything is easily found online, but for now it is generally located in fragmented databases spread out by our local city, state, county and federal websites.

Here are a few key sites for my location in central Texas.

Other Search sites
Posted by Anthony at 6:06 PM No comments:

I guess I'm a typical guy.  I'm a gadget freak and technology fan.  After getting my local weather station connected, I started thinking about what else I can get 'wired' up and connected to the Internet.

I'm not including my cell phone, computer and tablets.  Those are all devices that we know can be connected.  I'm talking about devices that normally just stand alone, but not are Internet enabled or now becoming the 'Internet of Things' or IoT.

Things like security cameras, weather station, Thermostats, doorbell and even a bathroom scale can now be connected.  All these are accessible on a computer or with an app on your phone or tablet.

Here is my list of connected gadgets.  I recommend looking on Craiglist for the best price.  People often have new versions of these devices and give them away at half the retail price:

iCam on my computer


With all these connected devices, I had to upgrade my Wifi router from an ASUS RT-N56U (2011) to a Netgear Nighthawk X4 R7500.  I started noticing that when streaming video my PC to my Xbox 360, I would get hesitation in the stream.  I had around 30 connected devices all taking a toll on my router.  While not every device is active at one time, it still consume CPU cycles to keep up with all the connections.  After updating my router, my video hesitations stopped.  I also upgraded my cable modem to a Zoom 5341J and now get over 100Mbps download speed with Time Warner.  It is a DOCSIS 3.0 cable modem with speed up to 343 Mbps, which is faster than most people internet network speed.

Posted by Anthony at 6:13 PM No comments:

KEYE called  to do a story on Austin fingerprint check process.  Since losing Prop1, Uber and Lyft has pulled out of the city and so the fingerprint regulation is in effect.  I went thru the entire process and found out that I was in the minority of drivers that had it done and actually picked up their ID card and sticker.  KEYE wanted to see my ID and sticker to prove it.

The RideShare Guys decided to visit Austin and I helped them meet a few Politicians in our Capitol State.  Harry Campbell and Christian Perea write for the online blog http://therideshareguy.com/.  The came in and I gave them their first Wingz ride.  They got $5 off and I got 95% of the fare.  I had them scheduled to meet Don Zimmerman, Lyle Larson and Ann Kitchen.


Here is taken right before dropping them off at there airbnb.

Posted by Anthony at 1:30 PM No comments:

No More Uber or Lyft in Austin

Uber and Lyft decided to pull out of Austin.  I just got back from my Dad's funeral and the media KVUE and KEYE calls me for an interview.  It was a good distraction, so I decided to meet them.  I had been keeping up on the news and several new TNCs had decided to start up.  One of them was just a Facebook group called Arcade City.  This group exploded with over 15K members at the time.  KVUE news wanted to get my reaction and we did a test run for there 5PM news.  Later KEYE called and we did an interview in front of my house.

Posted by Anthony at 5:00 PM No comments:

My father past away May 11th, 3:15AM, 2016.  I received a call from my mother on Wednesday, May 4th around 11PM.  She said my father had fallen out of bed and could not move.  She called 911 and was on the way to the hospital.  She asked me to call me sister to meet her there.  I told my sister and she called me an hour later and said it was not good news.

There was a large blood clot in my dad's brain and he probably wasn't going to make it, much longer.  The technical terms was a subdural hematoma.  The doctors believe it was a side effect of the blood thinner medication, Coudamin (aka Warfain). He had been taken that medication after finding a blood clot in his leg, five years early.

My brother and I flew in the next day.  My Dad was still alive, but remain unconscious.  He was on a respirator and the family had to make a decision weather to keep him alive on machines or to pull life support.

My mother was adamant that my father would not want to live on machines.  The doctors indicated that there was a possible surgical procedure, but low probability that he would regain full function of his body and would most likely need around the clock care, if he survived.

The family decided to pull the equipment and let our Dad go.  We did this on Saturday afternoon and my Dad continue to breath fine.  They moved him to a different floor to wait out his remaining days. The family continued a vigil for the next few days around the clock.   Two of my Aunts came and we took turns watching my Dad.

It took four days, but finally on Wednesday morning, my brother saw that he had stop breathing at 3:20AM.  My dad was cremated and three days later we held a memorial service at my childhood Church of the Assumption.  I placed my Dad's ashes in the Columbarium inside the Church.  I found out later that it is one of a kind in the Catholic Church.  Father Norris had built it first and asked forgiveness later.

Interview with KVUE on SWSW

KVUE was looking for drivers to talk about South by SouthWest (SXSW), an annual music and tech festival in Austin, TX.  They asked me to comment on all the hype and the Presidential visit.

Today I was appointed Precinct Chairman of 161, in Travis County.  The main duty of a Precinct Chairman is to bring out voters to all the elections.  I saw my precinct had a vacancy for the Republican party to I applied.  There was a interview and then vote by the other Precinct Chairs in the County. 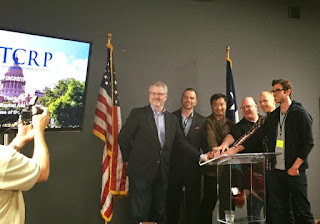 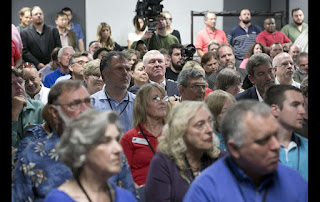 Posted by Anthony at 7:00 PM No comments:

Today was the big day.  Finally got married to Martha.  We are still working on a video, but here are a few pictures of that day.  Needless to say it was pretty stressful, up until the wedding day.  We started preparing over 2 years ago and still had many details left to the near end.  I had to also work the week before the wedding in New Orleans.  I flew in on Thursday night and the house was full of flowers and Martha was totally stressed out.  For a while there, I wasn't sure if we were going to pull it off. Fortunately, everything went pretty smoothly.  Only the Mariachi band didn't show up.  We had a violinist and harp playing.  A photo booth, caricature and County Line BBQ.  Most of our closest family was able to make it and many people came from all over the county.  The evening was capped off at the JW Marriott in downtown Austin.  Marriott called me around 7pm asking where I was.  I said I was at my wedding reception and they upgraded us to the Presidential suite! 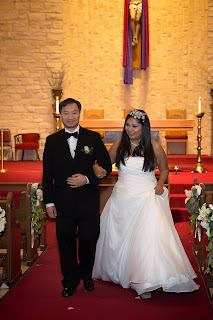 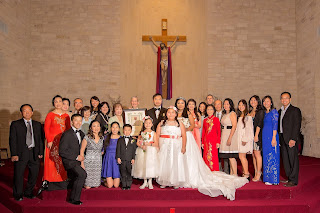 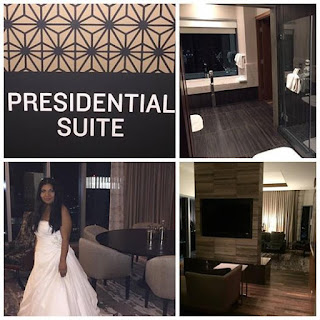 Posted by Anthony at 2:00 PM No comments:

My first interview with AUSTIN (KXAN).  This makes it official.  I have been interviewed by every local Austin TV station now. KXAN was the last station to finally interview me.  As the fight continues to assure rideshare companies Uber and Lyft remain in Austin, Uber is doubling its minimum fare. This comes a month after the Austin City Council voted in favor of fingerprint background checks for rideshare companies. Uber and Lyft vow to leave if those measures are implemented.  KXAN asked for my opinion.

Another interview with KEYE.  This story is about new insurance requirements for all Texas TNC drivers.  This new law sets minimum levels of coverage for when you are logged onto the app and when you have a passenger in your car.  The driver is suppose to add this endorsement to his insurance, but if they don't, the TNC is responsibility for any liability.

It sounds like Uber and Lyft users already comply, but if we do not buy the extra insurance and we have more than one app running, then which TNC will be liable?  The bill is almost a backdoor incentive to make TNC drivers only use one app at a time.  So they can easily tell who is liable.