Aug 1st, 2017 "Bitcoin cash" was forked from the main blockchain and I got some of this in my account for owning some bitcoin at the time of the fork.  That has climbed to and now have $17.50 in Bitcoin Cash.  So I have offically made more then my initial investment.

No telling when this ponsi system will last, but it could last a while as people look for a way to handle large transactions without any central government monitoring the usage.

To get involved with bitcoin, I would suggest signup with a coinbase.com account.  You can deposit money into this account and trade 4 different crypto currencies: Bitcoin, Bitcoin Cash, Ethereum, and Litecoin.

Ripple is an up and coming coin that the major banks have created and this might be the next big wave.  Unfortunately, you can not buy it directly now.  You need to buy Ethereum first and then Ripple.


First you need to setup a coinbase account and buy Ethereum from somewhere like Coinbase. After you do that, you can transfer the ETH to Binance and exchange it for XRP on Binance’s site. To setup an account with Binance, go to https://www.binance.com/?ref=17797611

Posted by Anthony at 1:24 AM No comments:

Getting Free Stuff By Being a Amazon Reviewer


Been getting allot of free stuff lately on Amazon.  I sign up to a Facebook group called Amazon Reviewer And Buyers &Amaozn Super Deals Sellers post stuff for free or reduced pricing, in exchange for you to buy their products and give a review.

There is also another Facebook group called Amazon Peak Reviews.  It works in a similar fashion, but you need to review 4 items, before they trust you enough to pay you back right away with PayPal.

Most of these suppliers are from China and they know that positive reviews are what sells on Amazon.  They use to give out codes to get stuff, but Amazon was cracking down on the practice.  We should all be watchful for fake reviews.  You can use this site or reviewmeta.com to check any product for being fake.

Here is the play book to get free items:
Below are all the items I have gotten pretty much for free.  The drone I got for $10.  Most of these items are fulfilled by Amazon and on Amazon Prime, so I get them in 2 days and since the companies are based in China, no sales tax! 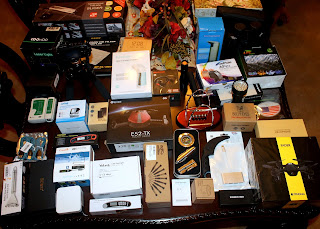 Posted by Anthony at 9:37 PM No comments:

Austin just open its 2nd Texas Card House in north Austin!  I played some poker at its South Austin location.  It was about a 35min drive for me.  The North location is only about 15min on Research Blvd and Anderson Mill.  So far, I have not lost a dime, except for the membership fee.

The game play is against other players and there is no rake.  To enter the poker room, it costs $10/day and they charge $10/hr for use of the "club."  The place was started by a former State Legislative staffer who knew the letter of the law.  The place takes no "rake" from the pot and the dealers can not be tipped.  All the players have an equal opportunity to make money from each other.  The house can not legally make any money from the game play.  So far it seems like a formula for success!

As the success of Texas Card House has been.  Others have decided to join the game.  Round Rock has open a similar style room in June 2017, called Chisholm Trail Card Club.  They charge $5/day and $8/hr.  I played there once and it was round n round.  I had a very loose player to my right, so I cashed out pretty well.  First timers get free membership entry.  Call (512) 986-2137 for more details.

Pflugerville has also open up a poker room, called Prestige Card House in June of 2017.  They only charge $5/day and $6/hr.  The lowest cost in town, so I will be checking these guys soon.  Call (347) 850-3730 for more information.  UPDATE: The Prestige Card House removed the $5/day and now charges $8/hr.  I have played here a few times and have not lost yet.

Posted by Anthony at 2:27 PM No comments: 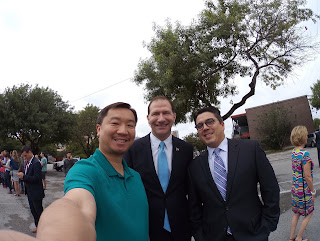 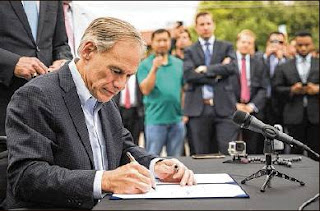 Posted by Anthony at 6:00 PM No comments:

We have a school board election May 6th.  I had the pleasure to moderate 5 of the 6 candidates on the Trailer Park show.

“We can let the public decide, why does the government need to dictate who we should get rides from and how it should be done,” Nguyen said.

Nguyen says lawmakers filed a similar bill in 2015, but it didn’t pass. This time around, he’s more confidence because of what happened in Austin when Uber and Lyft left the city after a new fingerprint background check ordinance passed.

“I feel more confident than I’ve ever felt before,” Nguyen said.
A texting and driving ban has also seen similar bills in the past three legislatures. However, lawmakers hope this time around will be different.

"I hope that we can find the energy to make it happen this year in Texas,” rep. Celia Israel said in November, 2016.


Here is the Senate Testimony where the city of Austin of discussing the ride-share bills.

A couple more shows on The Trailer Park Show...

Posted by Anthony at 7:03 PM No comments: