In the Big Apple

In the New York City this weekend. While I grew up in the Rochester area of New York State, I never been to the Big Apple (it's about a 6hr drive from the folks...) NYC city truly lives up to its reputation. It is the most densely populated city in the United States. People are everywhere and the buildings are built one after another with no space in between. The number of people walking around in the streets is amazing. You just have to wonder where they all came from and where they are going to.
I am staying in New Jersey, just off Manhattan Island. I take a bus under the Lincoln Tunnel and get dropped off at the Port Authority. From there you can walk around to many of the popular sites or take a subway ride to anywhere you like. 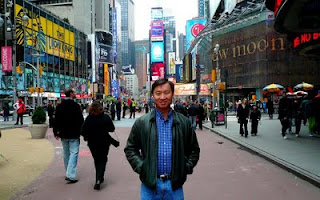 I spent my first day checking out the tourist areas around Times Square and the Empire State building. In the evening, I found a poker game in midtown Manhattan one block away from the Empire State building. I found the game on K9poker.com it is run by a Korean guy named Jay.
We played a bit shorthanded (5-6 players). The guys playing were all gamblers and very loose. I managed to win about $70 for about 4hrs of play and ended up being the only player to win, besides maybe house.

The house had a few strange rules for there Poker game. First they required anyone leaving to announce at least one hour ahead of time. Also, they had a rule which I wasn't to sure about. Basically it said "No tight players.." and they reminded me of this rule a number of times. They seem to be kidding, but I'm not sure. Well, I played my normal game and that is "tight is right!"
Bad Beat or Stacked Deck?: I was wondering about there 1st rule and being the suspicious guy that I am, I was looking out for funny business. The host of the game, Jay, proceeded to dump about $500 within the first 2 hours and he picked seat#1. Then in one hand he got all his money back. The hand seem very odd to me. Jay basically flopped a set and turned a boat. The odd part was that the two other players were also in it had huge hands. One guy had a nut flush and the other guy hit top trips.
This kind of setup does happen and it has happen to me, but generally not with 3 people in the hand. Two weeks ago I hit a a full house with someone hitting trips, but never with someone else also hitting a nut flush. I am thinking that maybe it was a stacked deck? Here is the hands and the board. Do you think it was a setup? or just bad luck for the two players? 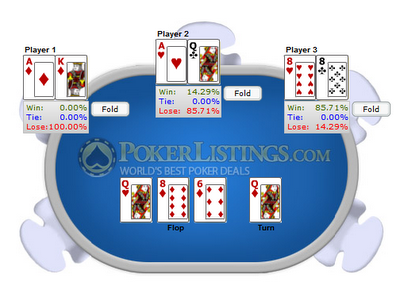