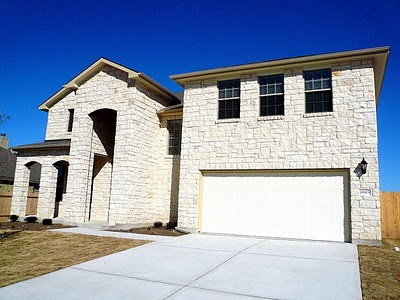 I put in an offer on a new home today and it was actually a brand new construction from Lennar. I never really thought I would ever buy a new home, especially in this economy with so many foreclosures on the market, but the deal I got was unbelievable.
I falsely assumed that all the good deals would be foreclosures or short sale. The reality is that new construction homes in Texas are very competitive against used homes and even some foreclosed homes. I actually will be paying less in the long run for a 3,282sq/ft home, 4 bedroom, 3.5 bathroom ,lime stone, home then a similar one currently listed on the market today, after you include the costing cost, repairs and all the appliances that I would have to get.
The builder is paying all my closing costs and buying down my interest rate to 4.25%! I basically just come to closing with my down payment. I also negotiated $30K off the list price, with a new Washer and Dryer. The house already had a new fridge, stove, microwave, garbage disposal, garage door opener, granite counter tops and sprinkler system. And I did all this without a Real Estate Agent!
Real Estate Agents will tell you that you need them to "look out" for you and that the sellers are only interested in themselves. In reality, the agents are looking out for themselves and to take a 3% cut of your sale for doing very little.
After this purchase, it will be my 4th house that I have purchased by myself with no agent other then the seller's agent working with me. I can honestly say that I have never had a bad experience doing it myself and have saved more money this way then using an Agent.

Reasons to be buying now: I basically decided that now was the right time to be buying a house. Here are a few of my key reasons.
- After March 2010 the Federal Reserve will stop buying Mortgage back securities from Fannie Mae and Freddie Mac. Basically the government has been buying up 90% of all loans for the past 1.5 years. After March interest rates will go up, unless they extend this program. I estimate that rates will go from 5% to at least 6.5%
- After April 2010, the $6.5K-$8k tax credit will be gone. Basically the government is giving away free money if you buy a house by April 2010. Even if you don't pay taxes, you will get this "credit"...
- Seasonality - basically the winter is the slowest time of the year for home sales. Buying at this time, is when less people are buying giving sellers more motivation to sell and to discount prices.
- Builders are desperate to sell there inventory and will pay all your closing costs and even buy down your interest rate. I am getting a 4.25% rate and they are paying over $11K in costs on top of a $30K discount to the list price!

Why does the IRS ask your Job Title? and Austin Plane Crash 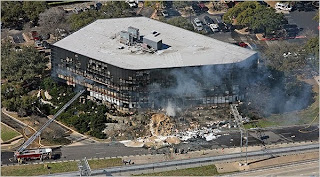 Why does the IRS ask your job title? The simple answer is because their are specific tax laws that vary depending on what you do for a living. Specifically the "Self-Employed" status or sole proprietor status.
If you are a self-employed person and do not fall under an "employee" status, you can generally claim many additional expenses, as tax deductions for against any monies received. This is a tremendous tax advantage over an employee, where the employer must pay income taxes for that employee's entire salary.
Typical self-employed careers would be a lawyer, accountant, Doctor, construction worker or dance instructor. All these jobs can be paid a fixed amount per hour to the individual. That individual does not pay income tax on the monies received. Taxes are only applied at the end of the year or quarterly after all expenses are accounted for like office space rent, office supplies, software, car, travel, tools and training costs.
Current tax rates for a self-employed person is 15% for the first $50,000 in net earnings. Where if you made $50,000 as an employee at "normal" job you would be tax at the 28% tax bracket. Think about that.. As an employee your tax rate is almost double that of a self-employed person. So you make $50K working for someone then you have to pay $14k in taxes. But if you work for yourself and made $50K then you only owe $7.5k
The self-employed are at a great tax advantage here. Keep in mind that self-employed typically don't have any benefits like health care so they have to pay all that themselves. In any case, its still a big difference in taxes.
Back to my original question about your job title: This self-employed status is great for many workers in the USA, except in 1986 Congress pass a law that excluded some jobs from being "self-employed." This group of workers were primary technology workers. The exact text was "engineer, designer, drafter, computer programmer, systems analyst or other similarly skilled worker engaged in a similar line of work..."
So this entire group of workers could not work for themselves because some clever government lawyer wanted more tax revenue and decided to single out this group of workers to extract more taxes from them.
Now, I am a technology worker and I ask why not also exclude private lawyers and accountants? Well the answer is simple. It was a lawyer and an Arthur Andersen accountant that wrote the exception into law. Why would those skilled trades people shoot there own profession in the foot? 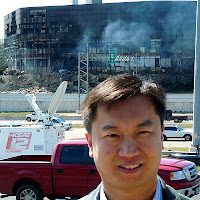 This law is totally unfair and discriminatory to single out an entire profession. And this was one of many reasons why Joe Stack killed himself flying his plane into the IRS building in Austin, TX. Now, I'm not condoning what Joe did, he was crazy. But I read his suicide letter and tried to put myself in his shoes. I can say I understand his frustration. This law needs to change, but I would never condone anything crazy like what he did..
Here is a NY Times Opinion Editor about this law,
http://www.nytimes.com/2010/02/21/opinion/21shulman.html
Posted by Anthony at 2:05 PM No comments: